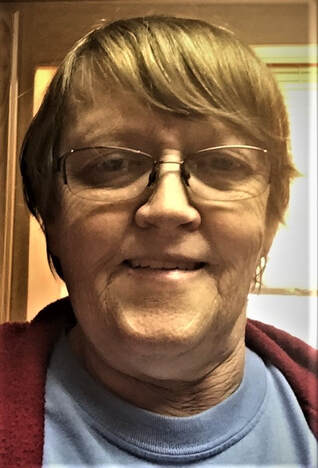 Carol Richards, Shelter Director
2023 Board of Directors
President Kyle Hlafka retired in 2015 after spending 40 years in public education, and spending the last 15 years as Superintendent of schools in Staunton IL.  He has been a friend and supporter of Benld Adopt-A-Pet for over 20 years.  He and his wife Patricia, a registered nurse, live in Staunton with their rescue cat, Rumor.

Shelter Director and Vice President Carol Richard lives in Springfield IL with her “menagerie” of cats and dogs, and has been a volunteer with BAAP for many years.   Carol, who is self employed, worked closely with our late Director Lorraine Jackson and upon her passing, has stepped up to fill that role.  Carol works countless hours in her capacity as Director, in addition to assisting at adoptions, transporting animals to and from appointments, and assisting with anything else that needs to be done.  Under her leadership the shelter is planning to not only continue in Lorraine's footsteps, but looking forward to improving our facilities and operation as we approach the shelters 40th Anniversary.

Treasurer Lori Ortman retired from her position as Office Manager at Shop N-Save in Springfield several years ago, having been employed there for some 30 years.  She has been a BAAP volunteer for many years.  In addition to keeping our finances straight, she also assists with various events, and resides with her husband Roger and recently adopted a four footed “son” Joey, in Springfield IL.

Secretary Karli White lives in Springfield IL, and has been involved with animal welfare groups for many years in a variety of ways.  She has volunteered with BAAP in numerous ways, including coordinating our very successful wine event fundraisers, maintains our Facebook page, and is involved with planning and assisting at various other fundraisers.

Board Member Bill Castagno spent most of his working years in the construction industry, has been a volunteer with BAAP for many years, has served on the Board for a number of years, and lives in Thayer IL with his four footed friend "Super" Dave, a Border Collie mix (who came from BAAP, naturally). Bill wears various "hats", including serving as Communications Coordinator, Membership Coordinator, and Website Editor, working on special projects, assisting in transporting animals to and from the shelter, and helping out at the shelter and at mobile adoptions.

Board Member Rachel Alderson assists with a variety of activities for the shelter, and currently resides in Springfield IL.

Our newest board member, Gina Gucciardo, has been volunteering her services at the shelter for some time.  She lives in Plainview IL and is self employed.

Benld Adopt-A-Pet (BAAP) is a not-for-profit, no-kill animal shelter located in Benld, Illinois, and is registered and inspected by the State of Illinois.  We are recognized by the Internal Revenue Service as a 501(c)(3) charity.  Our mission is to rescue abandoned and/or abused pets and place them in loving "Forever" homes.

We receive no funding from any government entity, but are supported solely by memberships, fundraisers and donations. Contributions are tax deductible to the extent allowed by Section 170 of the Internal Revenue Code.

Administered by a Board of Directors, the shelter is operated by a Shelter Director, Assistant Shelter Director, and a small staff of hard working, dedicated employees.  Animals arriving at the shelter are evaluated as to their physical and emotional condition and treated as to their needs.  An area Veterinarian visits the shelter on a regular schedule, and performs any necessary medical procedures, including spaying/neutering, micro-chipping, and minor surgeries.  In addition to a fully equipped surgery room, we also have a dental clinic, where any necessary dental work is performed before an animal is adopted out.

Benld Adopt-A-Pet visits local schools with selected pets in order to familiarize the children with the animals, and to educate them towards treating all animals with kindness and respect.  Benld Adopt-A-Pet also visits area Assisted Care Facilities with it's pets to encourage interaction among the residents of same.  One such facility recently adopted a cat and a dog in order that it's residents might have daily contact with the animals. The adoption was a great success, we are working to encourage additional care facilities to consider the therapeutic benefits of adopting one or more animals for their residents.

Back in 1983, Lorraine and Marvin Little saw the need to help abandoned animals in their community.  Working from their own residence, they took in strays and found homes for them.  The couple couldn't bear to see the animals euthanized when they weren't claimed or adopted, so they took their own savings and built the original building and eight runs for dogs.  Marvin, a carpenter, built the original building which was to become Benld Adopt-A-Pet to house the needy dogs and cats, and Lorraine used her powers of persuasion to help find homes for the abandoned and abused animals.

And that was the beginning of what was to become Benld Adopt-A-Pet which, thanks to the lifelong dedication of it's Founder, Lorraine Jackson, and the efforts of it's members, supporters and volunteers, is still going strong over 35 years later.
Our Mission